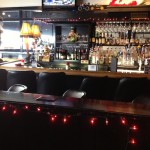 On Feb. 2, we had a big group over at Rosie’s Bar and Grill in Port Clinton to hear Steve and Dave of the Naked Bacon band (full disclosure: my husband, Steve, plays bass with Naked Bacon). 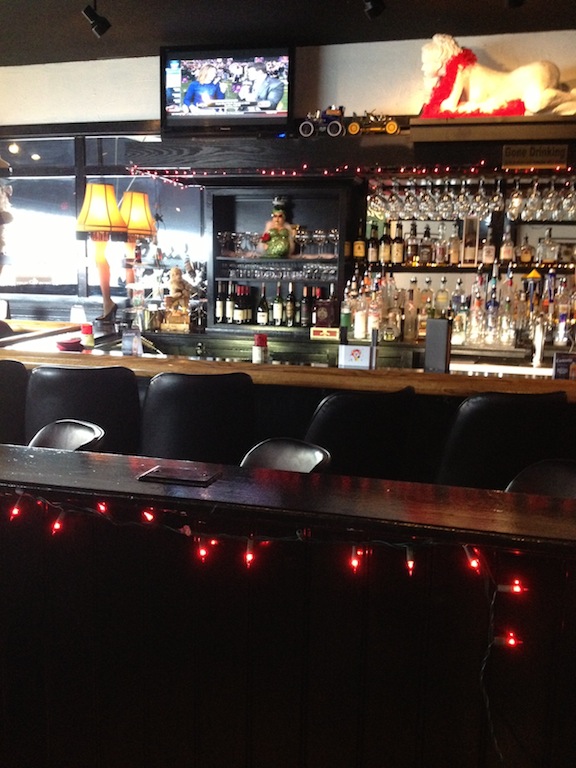 Rosie’s Bar and Grill on Madison St. in Port Clinton.

Rosie’s is located in the Island House Hotel on Madison and Perry in downtown Port Clinton. They have great sandwiches and entrees and yummy deserts from 1812 next door.

I found out a bit of history on the bar’s name – the bar is named after Madam Rose Pasco, who ran an establishment of “working girls” from the 1930s to probably about the 1960s. According to a local resident, Rosie was very generous and charitable – she donated lots of money to churches and “if there was ever a family in need, Rosie made sure they were taken care of.” This piece in the Toledo Gazette shares stories about another local madam, Ginger Belt.

I also read that the Island House Hotel hosted some famous (and some infamous) people in the past, including Humphrey Bogart, Lauren Bacall, Clark Gable, Joe DiMaggio, General Douglas MacArthur and Bob Dylan (as well as the Purple/Sugar House Gang of the 1920s). The hotel has pretty good reviews on TripAdvisor.

Best of all, Rosie’s supports local musicians – you can find music there just about every Friday and Saturday. Check their facebook page for updates.

Head over to Rosie’s on Mar. 15 to hear Naked Bacon play some Irish tunes (“Cuz everything goes better with Bacon!”).

Follow me if you’d like to hear about fun things to do and see along Lake Erie’s shores and islands.